You are in: Home » Brands » How PepsiCo uses ecommerce to learn about its European customers and how they like to buy

Rui Francisco, director of ecommerce at PepsiCo Europe tells Chloe Rigby how PepsiCo is selling direct-to-consumer and running shopper insights programmes to find out what works for its customers

The vast majority of customers who buy PepsiCo’s branded products in Europe do so via third-party retailers, either in a shop or online. But the company also runs a small number of direct-to-consumer projects that help it to understand how shoppers want to buy its goods – and enable it to test out new products and new ways of selling them. It has built on its picture of changing buying habits through its own shopper insights survey, carried out during after lockdowns were put in place.

Finding out how shoppers want to buy is particularly important at a time when that is changing as quickly as it is right now. PepsiCo, which owns brands from Pepsi and Doritos through to Quaker, Tropicana and Lays, uses the information it gains both to help its retail partners sell its products and to improve the way it operates in areas from marketing through to the supply chain.

Rui Francisco, director of ecommerce Europe at PepsiCo, is part of a 120-strong digital team for the region. He says: “We’ve been looking at direct-to-consumer to test and learn and understand what we can do in this space. Direct-to-consumer can give us opportunities to build brands and generate shopper insights and to test new products and launch innovation – even more innovation than we are able to do with our retail partners. We test innovation, see what our partners want and tweak it. Another way we do direct to consumer is if there are challenges to availability.”

Approaches to selling direct and via partners in Europe

To illustrate that point of availability Francisco cites the example of PepsiCo’s KeVita kombucha brand, widely available in restaurants and cafés in Spain. During the lockdown in that market the company launched a direct-to-consumer KeVita brand website to ensure that its shoppers could still buy the product. Different flavours of KeVita were delivered chilled in one or two-day delivery, while shoppers can also opt to subscribe to the drink. The site made branded copper mugs and bamboo straws available in exclusive sets (pictured below), giving shoppers something they could not get elsewhere. PepsiCo says it’s had a good response to its direct-to-consumer gambit and says it plans to continue selling this way for those who want to buy keep drinking kombucha at home. The channel has also proved a good way to test new flavours.

PepsiCo Netherlands is behind a very different online project. There, the company sells surprise mixed boxes of products – from snacks to groceries such as breakfast foods – that are approaching the end of their shelf life via its Unwasted website (main image) in order to reduce food waste. The initiative, which first started in 2019, has been relaunched this year to a good response from local consumers. So far more than 10,000 boxes have been sold direct – saving 134,000 products from needing to be destroyed.

As well as offering local solutions to local markets, such projects give PepsiCo’s knowledge of its customers and how they want to buy that can usefully inform its relationships with retail partners. The multinational food company uses such partnerships to gets its products straight to consumers, while also building brand awareness. In Turkey it has partnerships with retailers who are focused on rapid delivery via micro fulfilment centres, so that shoppers can get their groceries in as little as 10 minutes of an order being placed. “In this market,” says Francisco, “we have a partnership where we collaborate on categories and think about shoppers want to buy and ensure we offer the right products for that.  With geofencing and targeting, when people order for picnics in the park in Istanbul we could do a promotion that also gives them a picnic blanket for the occasion.”

Its strategy with UK pureplay grocer Ocado, meanwhile is focused on sustainability. The group aims to grow its category sales sustainably while considering the wider issue of environmental sustainability and the supply chain.

During the early Covid-19 lockdowns, says Francisco, its partners were coming up against huge spikes in demand that presented logistical problems. “We wanted to make sure we had good availability of products,” he says. “With those partners we were sometimes doing night deliveries to our partners, sometimes delivering to new places where we didn’t deliver before. The second thing was as these shoppers were coming online we wanted to make sure our products were visible – we also worked with our retail partners to ensure that. After scrambling a little bit to make sure it was improved, we started to work on understanding what was happening, with shopper insights.”

He cites a PepsiCo shopper insights study that questioned more than 6,000 online grocery shoppers in Western Europe following the introduction of lockdown and found that online shopping had grown by 34% since the start of lockdown. A quarter (25%) were new to the channel or had previously bought online but then stopped, and more than half (53%) of those who had bought online for the first time during lockdown said they were likely to continuing buying their groceries online into 2021. New or returned online grocery shoppers included digitally savvy over-65s, less affluent shoppers and those who are in rural areas and previously relied on local shops.

Francisco says understanding shoppers helps the business to sell to them. “Direct to consumer is about building capabilities, building the brands with the insights testing innovation and raising a little bit of awareness in more unique ways,” he says. “It enables us to understand what really works, best the insight, become a bit more agile, test it out, receive feedback, iterate, make it work and then once we feel better about it bring it back and make it work for the partners we work with.”

He adds: “We’ve seen an acceleration in the products that we’re selling and we also understand what the consumer wants and is looking for.”

During the lockdown, for example, shoppers changed their habits and started to sit down for breakfast, rather than eating on the go. At the same time, shoppers bought online and demand for its goods – such as Tropicana or Quakers at breakfast time – spiked. Habits appear to be changing. “What different studies have shown is that once a shopper buys groceries three or four or five times they’re very likely to stick to it, once they get past the fourth or fifth shop,” says Francisco. Retailers and brands have expanded their capacity to meet those changing habits, adding new vans and people to manage more deliveries. “At the beginning,” says Francisco, “it was’t optimal because it was so sudden and there wasn’t enough stock. Now there is much more capacity to sustain the service.”

It’s also important, he says, to learn from that. “If you think about the fact that after the fourth or fifth shop, customers tend to be habitual with online buying I think it’s a pretty interesting insight. It tells us that between ourselves, our suppliers and our online partners you have to do really well in those first three shops. The experience has to be seamless, the product has to be available.” He adds: “You have to be motivated in those first shops – it’s very meaningful for everyone looking at ecommerce to make sure the first experience is a very good experience, be very consistent about it. If it’s seamless for your shopper it just becomes a habit.” All geared up for cyber week: Vivek Ganotra of THG Ingenuity on peak trading, how customers want to buy – and more
Brands
25 Nov 2022 Dr Martens invests as it targets making 60% of sales direct-to-consumer, both online and in-store
Brands
24 Nov 2022 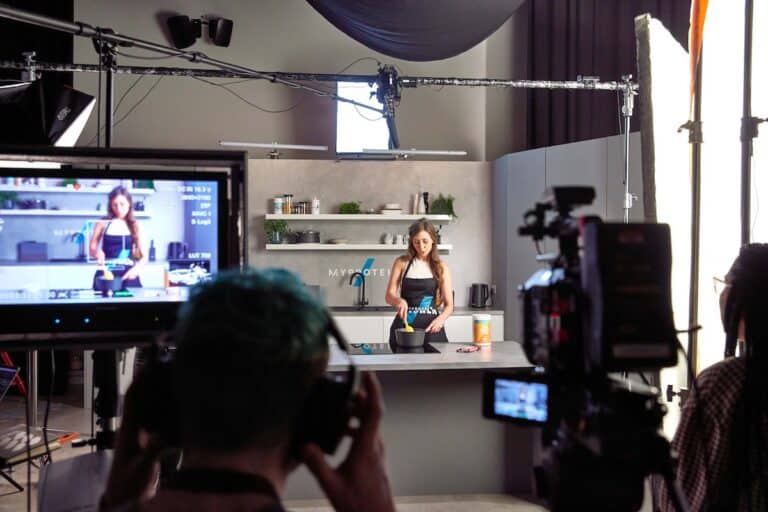 All geared up for cyber week: Vivek Ganotra of THG Ingenuity on peak trading, how customers want to buy – and more
25 Nov 2022