EDITORIAL From Amazon to HMV: how retailers of all ages are serving ecommerce and multichannel customers now

The Europe Growth 3000 offers unparalleled insight into the 3,000 up and coming retailers and brands selling to customers in the 31 countries of the EEA plus Switzerland and the UK.
Report In Full
Themes
Marketing
International
Mobile
Operations & Logistics
Strategy & Innovation
Customer
Sustainability
Product
Location
Selling
Marketplaces
Technology
Retail Resilience
Industry

This is your 1 complimentary article for this month

No one can argue that retailers need technology: flagging store sales are one reason, but shoppers – especially younger ones that are coming to maturity – are now so technologically advanced, that anyone who wants to interact with them has to be totally tech savvy. Pity, then, that so few actually are.

According to a study by ecommerce and digital agency Visualsoft, while 98% of brands have a website, there is a shortfall in the number of businesses supporting this with other sales channels, and potentially losing out on millions in revenue as a result.

The research showed that, despite four in five shoppers using a retailer’s mobile app, only 51% of brands have invested in this technology. App conversion rates are also around three to four times higher than mobile sites alone, highlighting the importance of this channel.

This has been further backed up by the latest research from Poq in its App Growth & Revenue Report, dispelling the myth that launching an app negatively impacts mobile website performance – in fact mobile web revenue continues to grow after the app launch, says the study.

Based on analysis of more than 333 million sessions and 160 users across retailer’s online channels – on desktop, mobile web and app – Poq found that apps provided an additional 15% revenue within the first year of launch whilst mobile web revenue continued to grow. Of the 70% growth seen by mobile web in the year of app launch, two-thirds were attributed to the app channel.

The mobile imperative is also starkly outlined by another study by Canonical suggesting that, while 38% of UK consumers buy products at least monthly using mobile devices, almost a quarter (22%) believe retail sites aren’t easy to use through this medium.

However, this technology gap yawns wider than across just apps and ‘going mobile’. Consumers are increasingly thinking of mobile as standard: they don’t even think about mobile as being a channel, they just pick it up and point – and this is set to be retailers’ biggest challenge.

The problem is that while established retailers are wrestling with how to fold mobile into their exiting processes, many ‘new entrants’ and disruptors are shaking things up in a much more fundamental way.

eBay recently rolled out a pilot with geek website Mashable to allow people to buy things they saw in images posted on Mashable’s news site. Now the marketplace has extended this in a deal with Time Inc to allow shoppers to shop Celebrity looks direct from the page with mobile.

This is interesting because, firstly, it is eBay selling through someone else and, secondly, it is a non-retailer being made shoppable.

This is a step change from how retail has traditionally worked: shifting the onus from the retailer pushing things to customers to consumers seeing what they want and buying it – or similarly – at the tap of a screen.

And this is a paradigm shift for retail. It makes retailers secondary suppliers: they are just fulfilling an order. It also hands power back to brands and media companies and makes everything shoppable.

This changes the very nature of what a shop is and what constitutes a retailer. This is disruption on a whole new scale.

But will it take off? While eBay’s idea of the distributed retailer, providing the selling and delivery, but not he discovery in the traditional way we do today, is a good one, there are hurdles. Yes, consumers are techno-savvy, but they are also techno-picky.

Voice commerce seems a dead cert, but right now it is struggling to achieve anything outside of the hype people like me imbue it with each week.

According to a study released by Episerver, most consumers don’t even own a voice assistant device such as an Echo or Google Home – and those that do aren’t using them to browse or make purchases. In fact, of the nearly 40% of consumers who own a voice-assisted devices, 60% never browse on them and two-thirds (66%) never make purchases on them.

The same goes for smart watches.

So, is eBay on to something or is it trying to do something that consumers don’t want? I believe that since most people have a mobile phone – even kids – then anything mobile will become mainstream. It is such a pervasive and convenient device that it can’t not.

However, be careful where you invest: not all mobile is good and, while now might be the ‘apps era’, tomorrow (almost literally) is going to be very different indeed in eBay has its way. 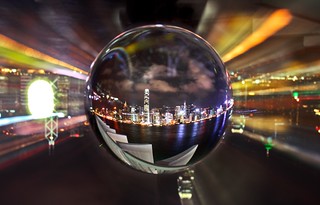 EDITORIAL Will stores be reborn for the sustainable, hybrid retail model?

EDITORIAL Is the online shift here to stay?

EDITORIAL A site for poor eyes

Country House Outdoors on how it uses marketplaces

The second RetailX Europe Growth 3000 is now available to download