You are in: Home » International » Less than three months from the end of the Brexit transition period, what are the practical steps retailers can take now? PART 3 Rules of origin and data

Less than three months from the end of the Brexit transition period, what are the practical steps retailers can take now? PART 3 Rules of origin and data

It’s now less than three months until the end of the Brexit transition period, and there is still no final deal governing how the UK and the European Union will trade from January 1 2021. But while many uncertainties remain, details of the future relationship – and what retailers need to do when importing from or exporting to Europe – are already known. Last week, we outlined the areas that retailers need to think about for their future VAT arrangements and on Monday we looked at customs, warehousing and logistics. Today, we consider rules of origin and data regulations. This guide is not  professional advice but rather aims to highlight the key areas that traders should be talking to their professional advisers about.

The UK has been part of the European Union’s Customs Union since it joined the EU in 1972 and since free movement of goods became a reality in the early 1990s. As a result, rules of origin have not been an issue that retailers and brands have needed to think about for many years when exporting to or from the EU.

That’s all set to change from January 1 20201. The importance – and ramifications – of this issue were highlighted at the end of last month when it became clear that Japanese car manufacturers building vehicles in the UK would face higher tariffs when they use parts made in Japan in cars assembled in the UK and exported to the EU. That’s because these parts cannot be considered British under the EU’s rules of origin requirement, as the car makers had hoped.

In its own guide to rules of origin, the EU says goods that are imported to the EU must be “sufficiently transformed in a non-EU country” if they are to be accepted as imports from that country – in this case the UK – under any trade deal agreed with the EU.

William Bain, policy adviser and Brexit specialist at the British Retail Consortium, explains. “Whether or not there’s a deal, there will be rules which are in place to see whether your goods qualify for zero tariff treatment,” he says. “The rule of thumb is that 55% of the content has to come from the two parties to a trade agreement – 55% EU plus UK. One of the modern things about trade is that parties like the idea of having cumulation, so they want to build in content from one of their other trade agreements.”

In the case of the car makers, for example, the UK wanted to see Japanese car parts, imported under its agreement with Japan, included in a post-Brexit trade deal with the EU, but the EU rejected this. The implication is that goods imported into the UK under trade deals with other countries will not be accepted as British under rules of origin guidance either.

In other words, says Bain, “[A deal] might mean zero tariff on clothing but if your clothing doesn’t have sufficient content from the countries it’s permitted to come from then you could get whacked for tariffs. Countries are going to have to look out for the impact from rules of origin in terms of where they source their goods from and how their supply chains look.” That, he says, is likely to be particularly significant for clothing retailers that have sourced their goods from South East Asia.

“Rules of origin could be a really big emerging issue,” he says. “We haven’t had any feedback with government as to what we are likely to end up with if there is a deal. But it’s something that I think many retailers will be watching like hawks, if and when a deal emerges.”

The final area that we’re looking at in this series is data – as it relates to retailers’ ability to transfer data in and out of the European Union. That data includes customer details and other information that’s sent between customers and retailers, as well as information that’s sent to and from suppliers and between members of staff within a company.

Currently, the UK’s use of data – and how that data is moved between countries – is governed by the GDPR regulations that are already enshrined in law both in the EU and in the UK. The BRC’s William Bain says it is likely that the EU would make an “adequacy decision” that states “that UK data protection processes are adequate as far as EU standards are concerned”. But, he warns, “Without such an adequacy decision, there would be a block on data flow.”

For ecommerce retailers that block on data flow could affect how they store or collate customer information in a way that makes it commercially useful and sometimes means moving data across borders. He adds: “We’ve no reason to believe that the adequacy decision won’t be made by the commission but it still has to be done, and to be done before the end of the year.”

And there’s ICO information here for larger businesses that are looking at transfers of personal data outside the EEA.

The EU guidance on rules of origin

The ICO’s guidance on international transfers of data outside the EEA, for larger businesses

UK government guidance on exporting from Great Britain from January 2021

InternetRetailing on preparing for the end of the Brexit transition period Part 2 Customs, warehousing and logistics

BRC Podcast: Are you prepared for the end of the transition period? 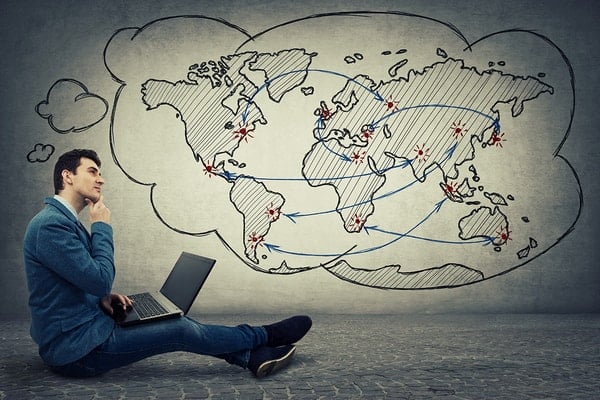