You are in: Home » Location » Now that more than half of its sales are online, why are stores so important to Next?

Now that more than half of its sales are online, why are stores so important to Next?

Next today set out why shops remain important to its business even as online sales overtook those from the store.

Next chief executive Simon Wolfson, in his half-year overview of the business, said that the business continued to take the long view and that it was important for Next to continue to sell through the full-range of channels if it was to continue to give shoppers the choice that they want. “Customers in every corner of the country can now access a choice of goods, breadth of sizes and selection of brands that no single High Street could ever contain,” he said. “However uncomfortable this change may be, it is important to keep in mind that ultimately it is great for the consumer and so in the long run it should be good for our industry.” He added: “If Next is to thrive in this new online world, we must continue to evolve.”

The comments came as the retailer reported growing sales and profits for the first half of its financial year after a strategic decision to move away from discounting.

Why stores are still important to Next

Stores are a hub for Next’s online business as well as providing a destination for customers in their own right. Half (50%) of its online orders are delivered to stores, where customers can pick up for free and avoid the cost or inconvenience of home delivery. The retailer delivers online orders next-day, seven days a week, to 492 of its 499 stores – eight fewer than in January 2019 – while 82% of returns are made through stores. “It is counter-intuitive,” said Wolfson, but the fact is stores have become an important part of our online service, though their rents are way out of kilter with the value they provide as collection and returns centres. So, if stores are to remain open, retail rents must fall and fortunately that is exactly what they are doing.”

And why it competes against itself online

Next said that its Label website for third-party brands has now grown to be a £500m aggregation business, selling “hundreds of third-party brands” alongside its own branded goods. Its full-price sales grew by 26% in the first half of the year, while total sales were 29% ahead. “In doing so,” said Lord Wolfson, “we have accepted and embraced the challenge of competing against ourselves as the price we pay for developing a leading aggregation business.” It now aims to make the Next platform, which includes Label, customers’ first choice online for clothing and homeware, and to make it the most profitable route to market for its partner brands, while delivering service that meets its own brand aspirations as well as those of its partners.

Label now includes the Fabled beauty business, a collaboration with Marie Claire magazine, which Next has bought from Ocado and expects to contribute £18m in sales in the coming year, as Next adds more beauty products to its platform.

Next has also agreed its biggest licensing deal to date, to create and sell Ted Baker children’s products.

Next is taking a similar approach to selling in international markets, where it trades both online through its own website, and through overseas third-party aggregators. In the first half, total sales grew by 23% and full-price by 21%. Its like-for-like sales via third-party websites grew by 31%. During the year, Next stopped trading on Tmall in China and on the 3Suisse website.

Next said that was investing in its logistics network – which includes eight warehouses and seven depots in the UK and two overseas warehouses, in Russia and Germany – through a five year plan as it sells more – and more different lines – online. It aims to relocate its retail picking operations to make the most of online forward locations by November 2918. A new automated returns storage and retrieval system for boxed items will be operational from January 2020, increasing capacity for such items by 80%. Next is also building a third boxed warehouse that is expected to go live towards the end of 2022, at a cost of about £80m. It also aims to improve warehouse workers’ efficiency through further training.

The retailer is taking steps to make its returns process more efficient for the company. More than a third (35% – or 40% by value) of goods sold online are returned, with 82% returned through stores. “There is a temptation to regard returns as a failure,” said the retailer. “In some cases, it is. Poor sizing and inaccurate imagery can result in customer disappointment and inflate returns. But in most cases, returns are just a normal part of doing business. In the same way that customers will not buy everything they take into a fitting room, customers do not keep everything they order online.” Next now picks up returns from stores every day, has reorganised staff working patterns to deal with returns at the right time, and has introduced a fold-and-pack operation in its stores to return pristine stock to the warehouse faster.

Next has also introduced its Platform Plus system, selling items from partner brands that it does not have in stock. Goods are shifted into the Next distribution network once they are sold so that Next can consolidate orders when the customer opts to do so – as half of its customers currently do, on a 48-hour delivery promise. So far it has trialled the system with three brand partners. One trial failed since the target 48 hour delivery window was not achieved, but sales of the other two brands increased by about 15% as a result.

Next says the biggest risk to the UK economy is the effective operation of ports, especially Dover. “If our ports operate effectively, we can see no reason why a no-deal Brexit should materially affect the short-term economic life of the country,” said the retailer. It pointed to the Government’s Transitional Simplifed Procedures published in March 2019 as an example a step taken to reduce the risk of port congestion. 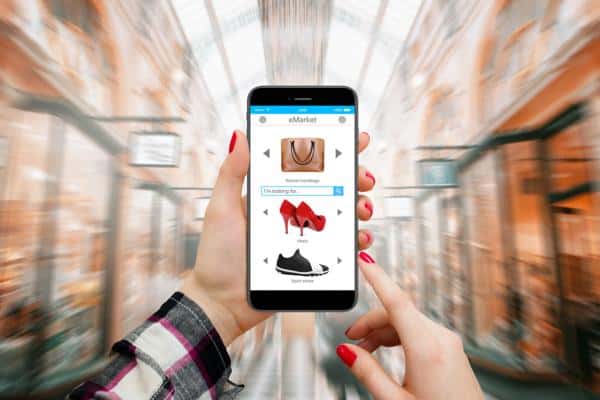