Retailers stand out in the Mobile & Cross-channel Dimension when they help shoppers to buy in the way that is most convenient for them.

That means enabling shoppers to shop in-store or online from their smartphone via intuitive and responsive mobile and desktop websites and mobile apps, or any combination of the above. Once the order is placed, stand-out traders enable customers to collect, or return, their order at a store or at another point through effective and well-planned cross-channel services.

The work that traders do to make their mobile websites and apps highly useful to shoppers also boosts their standing. Thus those that enable shoppers to find their local shop, via a store finder, and to check whether an item is in stock benefit, just as do those that offer augmented reality in order to enable shoppers to visualise how an item will look before they buy it.

RetailX researchers included in their assessment retailers’ promises around fulfilment and returns, where these take place across channels. They assessed the responsiveness and usefulness of websites, and particularly for this Dimension, how useful websites were in directing customers to retailers’ physical stores. They considered whether apps had bugs, whether they were transactional, whether they featured augmented reality, visual search, store finders, and stock checkers, and enabled retailers to send push notifications.

What Top500 retailers do

In 2019 more retailers offered services such as click and collect and return of an ecommerce order to a store, but it’s notable that the number that improved on the basic promise through faster or more convenient services was lower than last year.

This latest research found that most retailers offered shoppers the increasingly-popular option of collecting their orders in store: 60% offered it in 2019. That’s broadly similar to last year. Among the retailers that were included in the Top500 of both 2018 and 2019, 62% offered it in 2018, and 63% in 2019.

The latest research showed retailers provided the service for an average fee of £1.53 – down by 75p on last time. However, the median fee was zero, since most retailers do not charge for this service. Perhaps that’s because click and collect services are more likely than delivery to bring shoppers into stores and increase incremental sales. Retailers took an average of three days to fulfil collection orders, level with last year.

With the majority now offering collection, traders can differentiate by offering the service faster than the average, or from a wider variety of convenient places, but it’s interesting that fewer opted to do so in 2019 than the previous year. In 2019, 19% of the Top500 offered next-day collect, and 10% same-day collection.

Perhaps many retailers see no advantage in offering a collection service that is faster than three days. At the same time, the proportion of those offering their own collection lockers in stores fell to 1% in 2019 from 2% previously.

Features that support cross-channel shopping journeys include store finders and stock checkers on mobile websites and apps. In 2019 research, some 31% of the Top500 had an Android app and 37% an iOS app, of which 93% had no notable bugs.T

he research showed that of Top500 multichannel retailers in 2019, 53% had a store finder on their mobile websites, and 35% of those with mobile apps included one in their app. Some 17% of retailers with iOS apps enabled shoppers to see stock availability from the app, while stock availability was visible on mobile websites run by 35% of the Top500, and 18% of multichannel retailers also had a store stock checker.

Of retailers with an app, just 2% had an augmented reality feature.

Some 49% of the 2019 Top500 enabled shoppers to return an online order to the store, while 20% enabled them to return it to a third-party drop off point, using dedicated services in locations from convenience stores to train stations. Among the multichannel retailers measured in both 2018 and 2019, returns to store increased by 5pp from 45% in 2018 to 50% in 2019.

What leading retailers do

Argos offered a convenient range of collection options, from same-day collection to the less widely offered reserve and collect option. It also gave customers the ability to check store stock via its mobile app.

Sainsbury’s enabled shoppers to both collect and return items they ordered online, choosing from options including a same-day collection service, or return via drop-off at a third-party location, as well as in its stores.

Tesco also made it easy for its shoppers to collect their online orders, whether through reserve and collect, same-day collection or next-day collection.

Marks & Spencer enabled shoppers to return their unwanted online orders at a variety of locations, from the store to a third-party location. It also offered a next-day collection service.

Euro Car Parts helped buyers to check stock via mobile apps that include an Android app, and then reserve for collection, and collect it same day.

Next gave a choice of collection options, including same-day and next-day, and made that easier by including a store finder in its Android app.

John Lewis offered multichannel services that make it easy for shoppers to see, and to check, availability in their local store before ordering for next-day collection. Its sister supermarket Waitrose also stood out for convenient collection, as early as same-day or through reserve and collect, and it enabled returns at a third-party location.

Asda made collection easy: shoppers were able to find their nearest store in the store finder on its mobile app, before collecting an online order via an in-store locker, or next-day – and dropping off unwanted items at a third-party location. 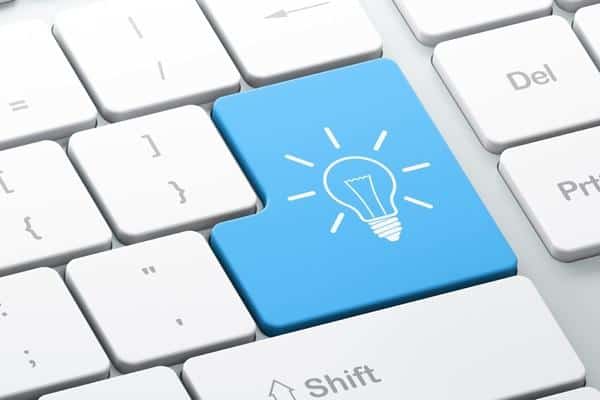 EDITORIAL The changing face of the luxury sector
11 Aug 2022