You are in: Home » Location » Store automation could help save the high street, says new report

Automating physical stores could resolve some of the biggest customer frustrations with the channel while cutting costs for retailers, according to a Capgemini report.

The report surveyed 5000 consumers and 500 retail professionals across North America, Europe and Asia. It aimed to determine how retailers are using and how consumers are responding to automation technologies, such as facial recognition and self-checkouts.

So far, nearly 21% of stores have some measure of automation across areas such as in-store navigation and order fulfilment.

Retailers said they saw an 11% increase in sales in stores with automation compared to stores with no or low automation. Overall, 40% of retailer respondents said their leadership considered automation to be a strategic imperative, rising to 47% in the grocery sector and falling to 21% in the electronics sector.

There was widespread receptiveness to automation amongst consumer respondents. 66% believed automation could help solve pain points, 60% difficulty in locating products and 56% products being out of stock.

Meanwhile, 46% of customers who had had a positive experience with in-store automation said they would be willing to switch some of their online purchases from digital retailers to stores with automation. This figure rose to 58% for millennial respondents. On average, these customers said they would shift between 20 and 25% of purchases as a result of the improvements from automation.

Fifty-nine percent of consumers who had previously visited stores with automation said they would be willing to shift their physical shopping from a retailer without automation technologies to one that offers them.

However, some consumers had negative perceptions of automation. 43% of consumers resented using the self-checkout while 59% of customers said they would avoid a store if it used facial recognition to identify them.

This showed a contrast with retailers, of whom only 23% felt this would be the case.

Kristian Bjørseth, head of payments and IDs at Coop Norway, said: “Automation is an important part of how we respond to changing customer needs.

“Previously, our stores closed at 11pm and couldn’t serve people returning home late at night, often looking for something quick to eat. So, we introduced Coop Key, an app that allows consumers to enter an unstaffed store after hours, and self-serve entirely.

“We’re now seeing substantial revenues between 11pm and midnight, and improved numbers for high-margin products such as frozen pizzas. Security and age-verification are ensured by biometrics in the app that identify every individual customer.”

Tim Bridges, global head of consumer goods and retail at Capgemini said: “Automation provides a huge opportunity for retailers to gain back some of the ground they’ve lost to digital-native competitors and protect the market share they currently have through better efficiency, more convenience, and better sustainability.

“Making the right investment choice and acknowledging the need for a range of deployments across different functions could unlock significant potential across both operational and customer-facing department. Even in our technology-centric world it’s rare to find one investment opportunity with such wide-reaching potential.” Marks & Spencer sets out ‘competitive advantage’ that stores give its omnichannel business as it unveils £480m investment in ‘bigger, better’ shops
Location
16 Jan 2023 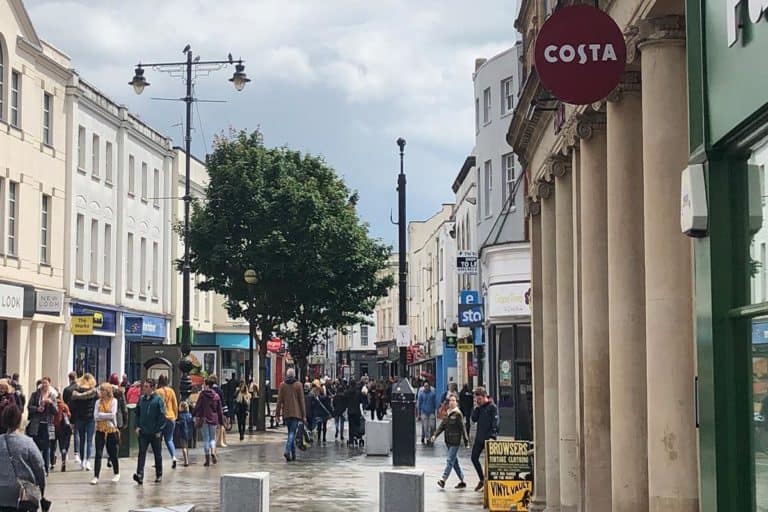 Sephora names the site for its London flagship, as it puts the final pieces of its multichannel model in place
17 Jan 2023