You are in: Home » Peak » PEAK 2022 How the peak trading period is starting to shape up

Each year, InternetRetailing takes an in-depth look at the peak trading period. In part, that’s because it is most important time of the financial year for many UK retailers. It’s also because shopping takes place at a higher rate in the run up to Christmas, meaning that any changes in customer behaviour are seen sooner and more clearly.

Singles Day – which falls on November 11 and started life as a counterweight to Valentine’s Day celebrations – has become the opening date of the peak trading period in recent years. While the Chinese market event is still currently underway in the Chinese market, the early indications are that it’s been a strong event for international brands, although some analysis suggests that sales were not as strong in the opening hours of the event as in previous years.

Consultancy Syntun, reports Reuters, has suggested that across Singles Day events in China, sales were 4.7% down in the first 12 hours of the main day of event, compared to the same time last year. But the latest update from Alibaba, via its Alizila live blog, suggests that more than a billion shoppers visited Alibaba’s Chinese platforms during the course of two 11.11 event sales periods, the second of which closes at midnight tonight.

Trudy Dai, Alibaba’s president of core domestic commerce, says that despite a “dour macro-economic backdrop” the retailer has seen “huge potential in domestic demand during this year’s 11.11.” Dai adds: “We also noticed the vitality of Chinese consumption and the resilience of the Chinese economy and industries,” said Dai. “This gives us the confidence to better serve the real economy’s development.”

Meanwhile, Chinese retailer JD.com says that its ‘peak 28 hours’ of an 11-day Singles Day event started at 8pm on November 10. In the first 10 minutes of the period, it saw sales by 87 international beauty brands grow by 200%, in volume, year-on-year. Sales of brands including Bvlgari, Celine and Fendi grew by 18 time, year-on-year. Electronics sales were also strong with Apple products worth RMB1bn sold in one minute, says JD.com. Overall, more than 10m electronics products were sold in the first 10 minutes, says JD.

This week saw the launch of the John Lewis ad – another seasonal reminder that the festive shopping season is underway. This year’s offering is The Beginning – featuring a foster dad who takes up skateboarding to fit in with his new charge’s interests. The ad has already won plaudits from commentators.

The launch comes at a time when John Lewis’s Black Friday event is already well underway this year – significantly earlier than usual.

IMRG analysis suggests that Black Friday campaigns and discounts are getting underway sooner this year than in previous years. More Black Friday campaigns have gone live each day since the beginning of November than was the came at the same time last year. By the end of Wednesday November 9, of 305 retailers tracked by IMRG and Capgemini, just under 60 retailers were live with specific Black Friday events. That’s almost double the less than 30 campaigns that were tracked at the same time last year.

How will shoppers spend this Christmas?

A number of recent surveys suggest that UK shoppers will spend less this Christmas. A new Cost of Living Crisis Survey 2022 out today from SellCell, which questioned 3,000 UK adults, as well as 3,000 in the US, suggests that 24.8% of the UK public are ‘extremely worried’ about the pressures of Christmas spending, including gifts – and 71.8% will reduce their spending as a result. The figures come on the same day that the UK Office for National Statistics has said that the UK economy saw GDP fall by 0.2% in the third quarter of the year, compared to the previous one. A second fall would put the economy into a technical recession – and indications about retail spending seem to suggest that little improvement compared to the third quarter. 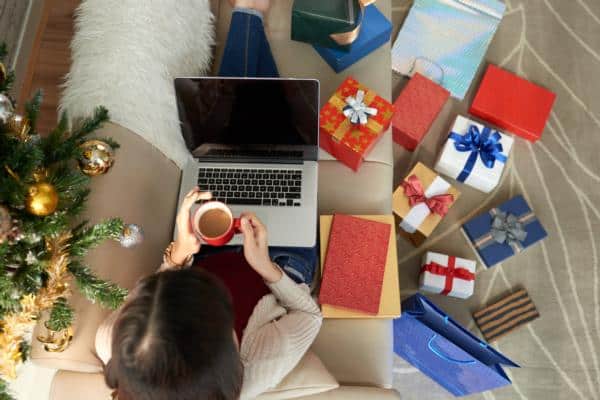