You are in: Home » Peak » THIS WEEK IN PEAK Store visitor numbers fall in November, with December also expected to be down

THIS WEEK IN PEAK Store visitor numbers fall in November, with December also expected to be down

Visitor numbers to the high street fell by 3.2% in November as shoppers turned online for pre-Christmas cyber discounting – and the prediction is that they’re set to fall still further in December.

That’s the message from the latest BRC-Springboard Footfall and Vacancies Monitor which found a 3.2% fall in total retail footfall in November, compared to the same time last year. The fall is deeper than the trend. In the three months from September to November, retail visitor numbers fell by 2.3%. The fall was most marked on the high street and in shopping centres (both -3.8%), while visitor numbers to retail parks were down by 1.4%.

“With one in every three pounds of non-food purchases made online last month, Black Friday accelerated the moment from in-store to online in the lead up to Christmas,” said Helen Dickinson, chief executive of the British Retail Consortium. “The Black Friday discounting period also began earlier for a large number of retailers, negatively impacting footfall across a longer period over the month.”

Diane Wehrle, insights director at Springboard, said falling footfall had been a steady trend since Black Friday first became established as a key pre-Christmas trading day in 2013, with the only rise (+0.2%) seen in 2017. That said, this November saw the biggest fall yet since Springboard started t collect the data in 2009. In the week of Black Friday itself, footfall was down by 5.5%, while like-for-like spending was also down, by 0.5%.

Looking ahead to December, the monitor suggests footfall will be down by 4.2% during the month, following on from last year when numbers fell by 3.5%. This would bring the month into line with a trend around December footfall that has continued since 2009, when footfall fell by 7.6%. This year, footfall in the first half of December has already been Downey around 4.2%. Springboard expects high street numbers to be down by 4.6%, shopping centres by 4.8%, and retail parks by 2.6%.

Both Spingboard and the BRC pointed to continued uncertainty around Brexit as being a factor.

Wehrle said: “As we head into the zenith of the retail trading calendar, both retailers and consumers alike are in the midst of the greatest degree of uncertainty in recent times. However, the fact that the parliamentary vote is not taking place util the middle of December might deliver a slight glimmer of hope for some large ticket item retailers, as consumers may purchase now rather than later in an attempt to outrun inflationary pressures that are expected should the Brexit deal not be ratified.”

But despite the expected fall in visitor numbers in December, pricing automation specialist Omnia Retail is warning retailers not to panic.

“This is a dangerous time for UK retailers, as lower footfall rates and weaker-than-expected sales can prompt a knee-jerk response to heavily discount products,” said Sander Roose, chief executive of Omnia Retail. “However, our recent research found that a fifth (19%) of retailers have negatively impacted their business due to an ill-thought-out pricing strategy.

“Crucially, there is a difference between intelligent, strategic discounting, and engaging in a damaging ‘race to the bottom’ on price, which can do retailers more harm than good. 2018’s winners will be those that don’t simply cut prices to attract customers, but price intelligently – both online and off.”

Richard Stables, chief executive of Kelkoo, said: “Those bricks and mortar retailers who were hoping for a boost this Christmas will be viewing the latest footfall statistics with real dread. Black Friday was a disaster for many on the high street as shoppers flocked online in greater numbers than ever. Overall, it’s been a traumatic autumn for many retailers and the signs suggest that the next few months won’t be any better.”

“Retailers must invest significantly in their online offering to fully compete with the more innovative online retailers who are gobbling up market share. With expensive property portfolios draining resources and profits, it’s clear that bricks and mortar can’t compete with online on price. Instead, retailers must focus on enhancing the customer experience whilst meeting consumer demand for convenience throughout the shopping process.” 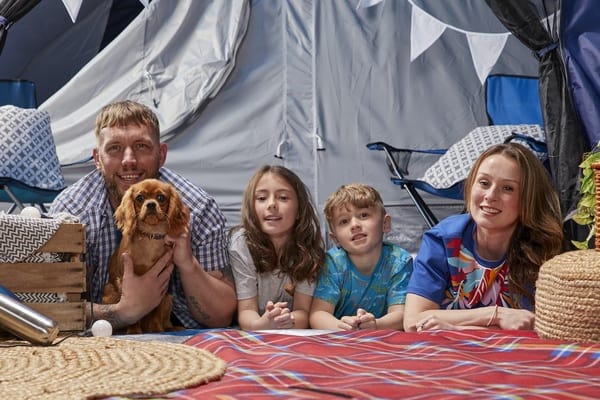