You are in: Home » Editorial » EDITORIAL Ocado, Boohoo and the latest retail sales figures demonstrate the continuing shift online

Over 65s are helping drive ecommerce growth – so how can you tap into them?

We’re reporting today that UK online sales grew at a record rate in January, at a time when many UK stores were closed under the latest Covid-19 lockdowns. But even though ecommerce is growing faster than ever, it’s not enough to make up for the lack of stores – and that is a recurring theme for today’s InternetRetailing newsletter. Sales of both food and essential products were up on last year, according to the latest BRC/KPMG Retail Sales Monitor, and, separately, Barclaycard figures. But overall sales, and sales of non-food, non-essential goods are down compared to last year. It’s interesting that when store closures are taken out of the equation, like-for-like sales are 7% up on last year – pointing towards the important role that shops still play in multichannel retail.

These figures are worth bearing in mind as we also report this week that the final Arcadia brands have now moved online-only under Boohoo’s ownership. This has an immediate cost of thousands of jobs lost and more than 200 store closures but longer term, the cost could be of sales lost through the lack of those stores. Its new owners’ hope will be that selling online only is more profitable, even though sales are lower, since Boohoo will not incur the cost related to stores. But the brands’ customers, now losing the ability to try on clothing in stores long term, may well decide they want to do so once Covid-19 is under control.

Joules also reports an acquisition this week, as it buys The Garden Trading Company for up to £12.5m. The business, which already sells on its Friends of Joules marketplace, previously sold to customers online and to 1,000 stockists. Through Joules’ total retail strategy it will now have its own route to sell in-store, boosting brand awareness and, ultimately, sales.

Ocado is reporting a shift online for grocery sales, and says it is well placed to benefit as more customers decide to do their supermarket shops over the internet. The challenge, it says, will be to deliver an experience that measures up for all types of shopping trips, whether they are large shops or top-up smaller shops. It’s currently investing heavily to ensure that it can do that, while serving more customers. In the latest year, its ability to sell has been limited by its capacity – it served fewer customers in 2020 than it did in 2019 but is hoping to increase numbers as it expands its fulfilment network. Interestingly, it has turned on in-store fulfilment for a number of its third-party retailer customers over the lsat year and says doing so has increased their capacity eightfold. It’s when it can fulfil Ocado Retail orders through Marks & Spencer branches in due course that it will be able to reap that benefit for its own direct-to-customer business – proving once more the importance of multichannel retailing.

It’s this shift online – and away from the high street – that the government is reported, once more, to be considering stemming through an online sales tax. What form that would take is still to be decided, and any tax is unlikely to emerge until the autumn budget. It’s hard to say if that would work – certainly the BRC has previously said that an online sales tax would not be effective, although multichannel retailers including Tesco former chief executive Dave Lewis and Frasers Group’s Mike Ashley have both said that it could help boost the high street.

At InternetRetailing we believe that regardless of how that’s achieved, stores remain important for customers. They work best as part of a multichannel approach to retail that will come into its own, once more, when stores are able to reopen and stay open once the Covid-19 pandemic is properly controlled through vaccination and improved testing. While more shoppers now buy online, it’s clear from the like-for-like sales growth in today’s retail figures there’s an appetite to buy in shops that is likely to continue once non-essential retail is able to open. Ocado’s experience in turning on in-store fulfilment demonstrates the value of stores in fulfilling online sales, while across retail, the repeated openings and closures of stores has tipped some into administration. But when retailers have survived, rising sales have shown the value of stores to their multichannel strategies.

That appetite for future in-store visits is something that John Lewis may well be considering as it looks online to add more than 50 new brands to its range this year, as it updates its image and reflects the increasing ‘casualisation’ of fashion.

And JD Sports says it is considering opening an EU distribution centre – and transferring as many as 1,000 jobs from the UK since the realities of the post-Brexit agreement have proved to be “considerably worse” than it expected.

In today’s guest comment, Liam Chennells of Detected argues that seeing is believing when it comes to trust on marketplaces. 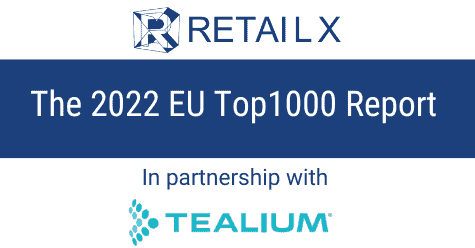 EDITORIAL Online sales increase ahead of a challenging winter as TikTok, the metaverse and RetailX highlight how consumers prefer to shop
Editorial
19 Aug 2022