You are in: Home » Payment » 6 post-pandemic payment trends and how they are impacting Missguided

6 post-pandemic payment trends and how they are impacting Missguided

In the week that stores in the UK have reopened, the retail industry is looking more closely than ever at how it has been reshaped by the pandemic and what trends have emerged – and what impact they will have – as we all move on.

In a webinar hosted by InternetRetailing, payment processing company Stripe laid out what it sees as the key trends in payments that these changes have brought about, along with their wider impact on retail, as outlined by Missguided.

According to John Rignall, IT director at Missguided, “Last March, demand, particularly in the UK, just dropped pretty quickly. And what we did in response was, drop our supply, our stock holding back, just because of the uncertainty. But, what happened pretty quickly after that for a year was sales pretty much recovered for us particularly into the summer months. Subsequent lockdowns flattened demand, albeit in the context of we’re still performing and we still have been achieving sales results that are better, year on year.”

These changes are just part of the trends that are being seen in the wider retail industry, and Stripe’s sales manager, Jayne McNally, has distilled these down into six key trends.

Consolidation of online and offline payments as stores reopen

The first is the consolidation of on and offline, which is also seeing a similar consolidation in the payments offered by retailers.

“We’re thinking that the role of the offline shopping experience, in the customer journey, will be different compared to before,” says McNally. “The acceleration of the digitisation of shopping has increased the desire for a more connected offline shopping experience. For example, Amazon recently opened its first no-checkout ‘Amazon Fresh’ stores in the UK – people will want a seamless checkout experience even when they are shopping in person.”

As a result, she says, retailers will be looking to reconcile the updates they made to their online infrastructure with their offline systems. “They will look to consolidate disparate payment solutions to further operationalise payments and gain greater intelligence and insight on customers and trends across channels in a bid to improve CX and personalisation. This may mean that retailers will reduce the number of payment solutions they use, as they look for a partner, not a vendor.”

Moving beyond owned and physical property

In addition to consolidating the physical and digital experiences, the pandemic has sped up the move beyond owned channels and into what some call “shopping on the edge”.

“One indication of this is the mindset of retailers,” says McNally. “The pandemic has made retailers more open to testing and adopting new technology. In a survey of over 200 retailers that we conducted with Forrester, we saw that 56% of European retailers are looking to accelerate their responses to business and market change due to their experiences over the last year. We believe that successful retailers will continue to adapt to new opportunities and business models to meet shoppers where they are.”

Part of this will see more retailers open to embracing new channels. Shopping activities will increasingly occur on third-party storefronts, beyond brands’ and retailers’ physical and digital stores.

Social media is an increasingly important pathway for retail purchases. Platforms like Instagram have shortened the path to purchase – a customer could go from having never heard of your brand to checkout in a matter of a few taps.

“In our survey with Forrester, we found that over a third of retailers believe there will be a new social media purchase pathway that could critically change shopper behaviour in the next 18 months,” says McNally.

Marketplaces are another way for retailers to enable shopping on the edge. McNally says that they have seen the growth of marketplaces skyrocket on its platform and Forbes magazine recently published that marketplace sales worldwide could reach 3.5 trillion dollars by 2024.

With the gradual re-opening of physical stores, and there still being some uncertainty on future closures, one way for UK retailers to continue growing post-pandemic is to expand internationally.

“In our study with Forrester, we found that amongst 200 European retailers, the number one business priority for their organisation was geographical expansion,” says McNally. “57% of European retailers were looking into geographical expansion despite the challenges of the pandemic and Brexit changes. In many ways not being able to rely on domestic brick and mortar stores to bring in sales have led to retailers looking into expanding their ecommerce presence abroad.”

Rignall agrees: In the last 12 months our new customer acquisition in international territories really picked up, so even though our biggest market is the UK, we started to pick up new customers in other territories, particularly our next biggest territory the US.”

The pandemic has shown how consumers are willing to adopt new payment methods that provide convenience and flexibility. In order to serve these customers, retailers need to support these methods across channels, otherwise face losing their customer to those that will.

“Consumers has always adopted new payment habits faster than businesses and many retailers have absorbed these new consumer payments habits during the pandemic,” says McNally. “Online payments were already prevalent, but the pandemic spurred the remaining population to be more comfortable with paying online. Contactless usage on credit cards and phones has also increased and in the UK, we’ve seen the limit go from £40 pounds up to £100 over the year. ‘Buy now pay laters’ have also increased in popularity, giving customers financial flexibility and this trend is expected to continue to increase.”

The rise of online and digital retail, while great for the ecommerce industry, has also created a growing opportunity for fraudsters and criminals who will make a more concerted effort to target online retail and take advantage of this increase in volume. Gartner originally forecasted an 8% decrease in fraud for 2020, but they revised this projection to 10-15% increase since Covid started.

“So, it’s not just us that have been busy during Covid – fraudsters have been working all night too,” says McNally. “The increase in volume of online purchases and new buyers have meant that there are new buying patterns during the pandemic that existing fraud systems have not been able to recognise, creating an opportunity for fraudsters to slip through. Specifically in Europe, 38% of retailers in our survey have also seen increase in fraud in their businesses as well.”

This is true too at Missguided. Has Rignall points out: “Our acceptance levels for our transactions in the UK in the US show that there’s an opportunity potentially to get more orders accepted. But how do you do that without giving way to the fraudsters? There are tools we’re using from Stripe that allow us to do that, but also I think working with Stripe to share more transaction data to better select and target fraudsters and allow transactions that are borderline to go through, is really important.”

Sustainability as a differentiator

The last trend that has impacted retail across this period of great change has been an increased focus on sustainability. While a silver lining of the pandemic has been less human activity that can be harmful to the environment, consumers bought more online than before which meant strains on shipping, transport, logistics, and more packaging. This has accelerated people’s concern on how they can buy things safely while being mindful of their impact on the environment.

According to Nielsen, a majority (73%) of global consumers say they would definitely or probably change their consumption habits to reduce their impact on the environment. A third of consumer say that would choose a delivery option with lower impact if given the opportunity to, even if it meant sacrificing speed of delivery.

In line with this changing shopper behaviour, leading ecommerce merchants such as Amazon, Alibaba, and Zalando are making efforts to decrease the burden their businesses create on the environment through things such as logistics efficiencies, delivery with electric vehicles and use of recycled packaging materials.

Strip cares deeply about this, says McNally. “Stripe has had a standard corporate climate program since 2017. Last year, in addition to that, we announced a $1m negative emissions commitment. This was to pay to take tons of carbon out of the air and store that somewhere. Interestingly, a bunch of Stripe merchants reached out to us asking if they could contribute money to Stripe’s $1m annual pot. This got us thinking — maybe there’s a larger opportunity here and we started talking to a number of Stripe users….”

These insights have shaped Stripe Climate. which lets merchants contribute a fraction of their revenue to carbon removal. Stripe spends that money in the same way its spends its own – in businesses removing CO2 from the atmosphere.

“And we’ll automatically update any stripe-hosted surfaces — checkout and receipts and invoices — to let customers know that you’re contributing to carbon removal with every payment made,” says McNally.

Summing up how the past year has been, Missguided’s Rignall adds: “If the last 12 months has taught us anything it has emphasised the need for us to be adaptive. We now know we need to accelerate the changes that we spoke about 44 months ago, and now they really are important now as we come out of this pandemic.”

He concludes: “Effectively we had a growth plan before the pandemic like any businesses and we’ve effectively just moved that forward – but with some twists and turns. So, now our growth plan focuses on ecommerce and we can see quite a significant ecommerce growth over the next three years.” 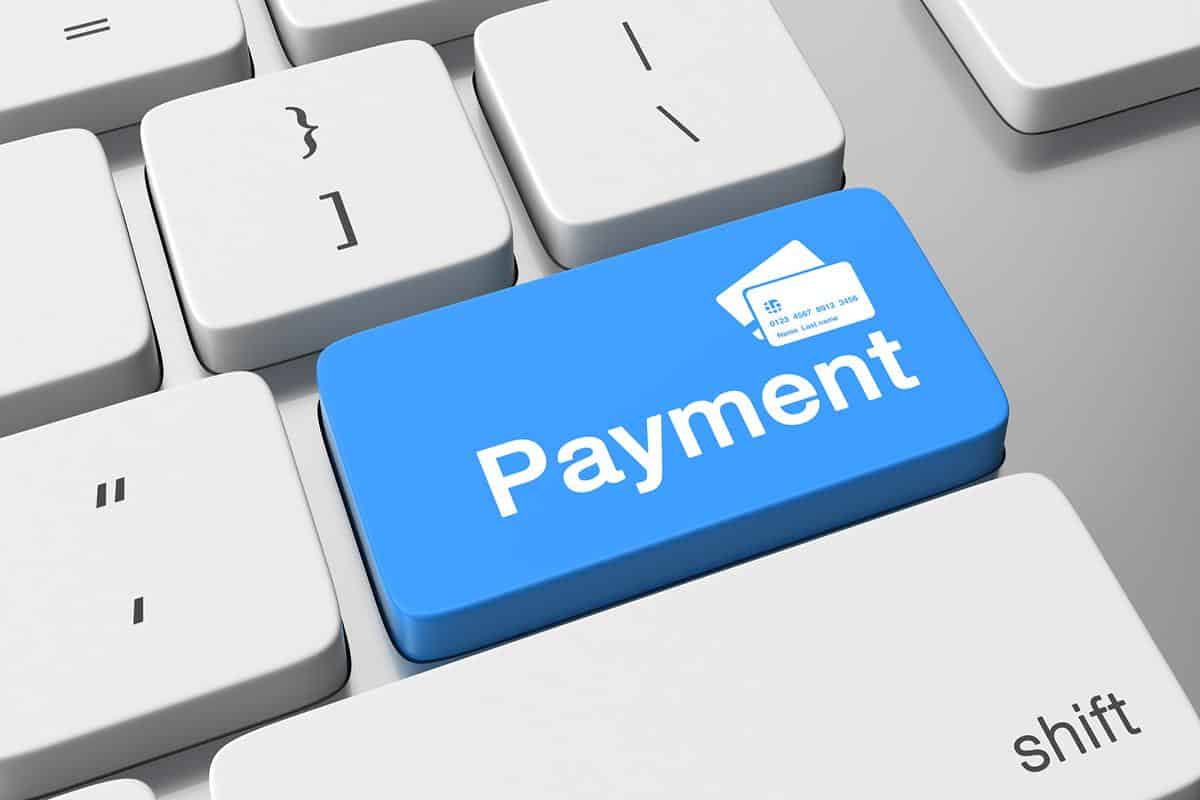 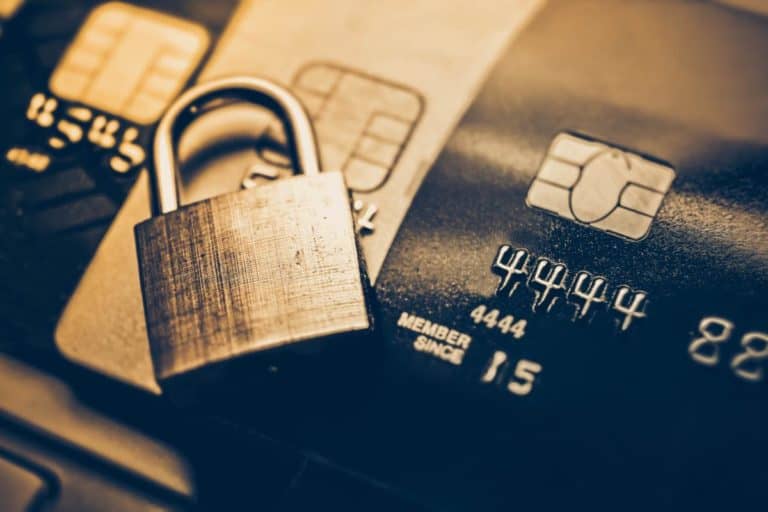