As Covid-19 hit, Tesco had to scale its business quickly and, by Christmas 2020, the supermarket had reported close to £1bn in extra online sales of groceries following “unprecedented” demand which saw online sales rise by more than 80% in the 19 weeks to 9 January. Over the Christmas period alone, the grocer delivered 7m orders of over 400m items. This festive boost comes on top of an escalation of orders that saw the supermarket, which this year returns to the Elite group of the RXUK Top500, scale operations as consumers turned to online during the first wave of the Covid-19 pandemic.

“At peak, which is the week or two prior to Christmas when we make the delivery slots available to customers, we would typically see traffic to our website increase about two times compared to the baseline,” says Chris Poad, managing director, online at Tesco. “Yet on the weekend during the prime minister’s first announcement [of the UK’s lockdown], we saw a 45 times increase in demand.” Tesco’s online team started planning for lockdown in mid- March, when it was becoming obvious that some sort of restriction to customers’ movement was going to be put in place. Helping people in need was the company’s first priority. It was about “how could we make sure that people who are not likely to be able to leave their homes can still get access to food,” says Poad.

With the magnitude of the upcoming demand becoming evident, a second priority of “how to serve as many households as we possibly could,” was defined.

Tesco, which was already the largest online grocery business by volume of orders fulfilled each week, scaled from fulfilling 660,000 orders each week to 1.5m through home delivery and click and collect orders by the end of June. This level has been maintained, with demand remaining high throughout 2020.

Some 16,000 people were initially hired on a temporary basis, then moved to permanent roles as operating models changed to increase the flow of orders. Such changes included starting to pick orders earlier in the day, extending click and collect hours, buying more vans, hiring more people and changing the way they pick. “We found 50 substantial changes that we implemented over that time, along with many hundreds of small changes,” says Poad.

One of the issues that the company faced was not being able to prioritise customers by loyalty since “everyone at some point shops in Tesco”. Some 700,000 vulnerable people were identified through information from the health authorities and from customers themselves, with orders for these prioritised. “The organisational and platform changes that we had to make to ensure that we had enough capacity in the right places given different concentrations of people in the vulnerable group was challenging.”

“Most decisions are reversible and those decisions should be taken quickly with imperfect data because you can always change your mind later. Some decisions are one-way doors and are harder to reverse from. Those you should ponder, make sure that you’ve done the analysis and have the data”

While the feat of scaling to such an extent is remarkable, the way in which the company did so, bringing agility and flexibility into the decision-making process, hints at a cultural change for the business that other retailers can learn from. Poad explains that in March, a cross-company team of 15 was put together to meet every day. These meetings escalated to twice then, ultimately, three times every day, seven days a week, for three months.

The cross-company team agreed that they wouldn’t leave a meeting without making a decision, leading to “some longer discussions”. Poad explains that the process of decision-making was speeded up by an understanding that most decisions could be reversed. Using one-way and two-way swinging doors as an analogy, he says that “most decisions are reversible and those decisions should be taken quickly with imperfect data because you can always change your mind later. Some decisions are one-way doors and are harder to reverse from. Those you should ponder, make sure that you’ve done the analysis and have the data.”

He adds: “A mistake that many make is to treat every decision as a one-way door, which is not the case. Giving teams permission to make mistakes in favour of pace was one change we made.” Indeed, everyone knew they had permission to change their minds if the wrong call had been made.

Having a set of fundamental principles also helps with the decision-making. In Tesco’s case, these are “helping customers a little more every day and treating customers and colleagues as you’d expect to be treated yourself.” Poad explains that having those values at the heart of everything you do makes the role of decision-making easier, especially when working remotely and without so much face-to-face time with colleagues. “It’s easier to determine the right decision if you are referring back to a set of fundamental principles and tenets,” he says.

Poad has tried to retain some of the levels of energy and purpose achieved during the long hours the team worked during the initial months of the pandemic as the company has come out of the real peak of demand in order to show what is possible and achievable when audacious goals are set and decision-making is kept to a small group. However, he does point out that while there is always a place for consensus building, ultimately someone has to make a decision.

This year sees the grocer revisiting some of the things that were implemented temporarily and at speed in 2020 in order to make the changes permanent. While the online team continues to focus on daily trading, it is also looking ahead, testing, innovating and remaining agile to changing consumer behaviour against the new higher base line of online shopping.

Even before the pandemic, there was a secular change in consumer behaviour towards immediacy and this is an area in which Tesco is investing with in-store micro-fulfilment.

The first to be implemented is a three-storey 1,600m2 automated pick tower built next to the West Bromwich store in London. The tower moves totes to a goods-to-person station from where individual items are picked into customer order totes. Those are then routed through for collection or delivery. The advantages of micro-fulfilment for Tesco include increases in capacity, speed and proximity. Tesco can offer more delivery and click and collect slots since a micro-fulfilment centre will typically fulfil three times as many orders a day as a store in less space. Added to that, orders are ready in minutes rather than the hours in a more typical manual-picking operation. Micro-fulfilment centres will be installed in stores physically close to the customers and enabling “a whole range of new services and new missions”.

Poad concludes: “As I think about the future, immediacy, automation and local-automation are a big part of it. I think there are a lot more opportunities to expand the selection we offer and the categories we offer beyond just food and the general merchandise selection we have today.”

Find out more: Listen to Chris Poad’s full interview with RetailX editor-in-chief and founder, Ian Jindal, in Episode 21 of the RetailCraft podcast: www.internetretailing.net/podcasts 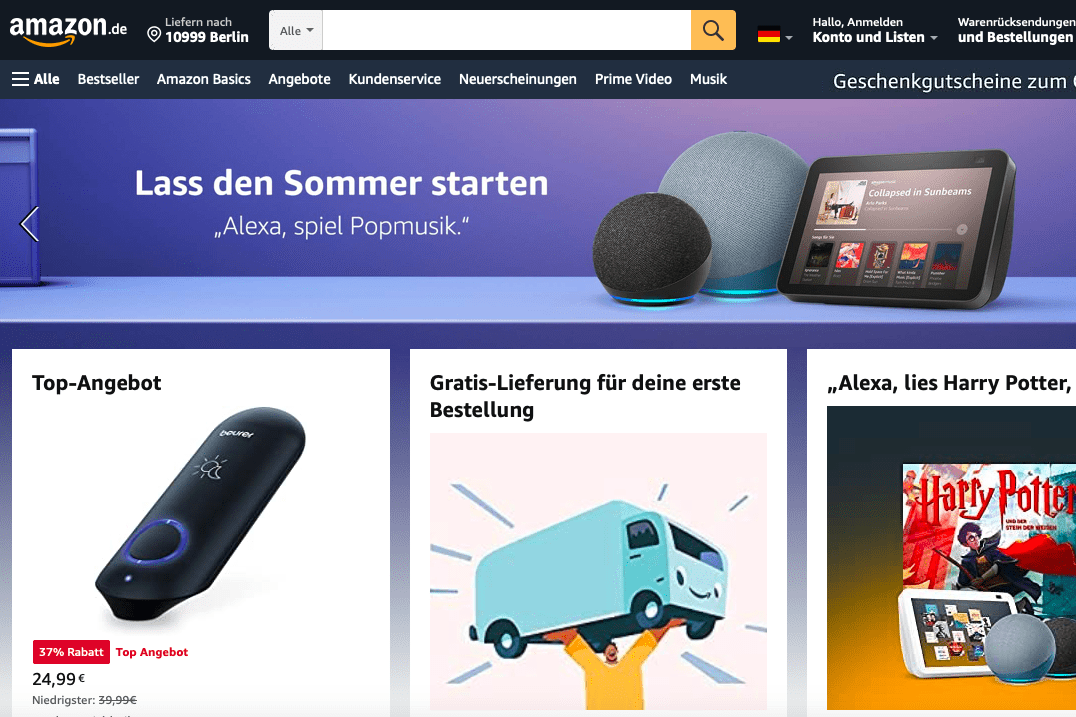