You are in: Home » Strategy and Innovation » Gear4music reports 2% sales rise but a pre-tax loss as costs rise

Gear4music today reports a small rise in sales but a £1m pre-tax loss in the first half of its financial year. The pureplay musical instrument specialist says it is nonetheless well-placed to meet full-year expectations of a full-year profit, with its peak period still to come and a confidence-inspiring level of trading so far in October and November. Its European sales grew over the half-year, following the opening of new distribution centres, while its UK sales were lower than last year’s Covid-19 peaks.

Gear4music turned over £66.3m in the six months to September 30. That’s 2% up on the previous year. UK sales fell by 3% as shoppers returned towards pre-Covid 19 shopping patterns, while European sales were 10% ahead of last time. Some 47% of group sales are now international sales – up from 43% a year earlier. The retailer says that its UK sales are well ahead of pre-Covid 19 levels and estimates that has a 9.1% share of its market in the UK.

At the bottom line, Gear4music reported a pre-tax loss of £1m, after one-off costs of £0.8m, mostly in debt interest and other financial expenses. The retailer expects most of its profits to be made in the second – Christmas – half of the year. It also saw costs rising in areas from marketing to labour, which together account for 65% of its costs. At the end of the half-year it had net debt of £21.8m, with £13.2m of cash headroom from a three-year £35m revolving credit facility agreed in April 2021 in order to finance acquisitions – so far including the relaunched AV.com and the Premier drum brand – and stock levels. It expects to return to profit and for debt levels to be lower by the end of its financial year, following the peak trading season.

Gear4music chief executive Andrew Wass says the results reflect ongoing challenges including “inflationary pressures on our cost base, the cost-of-living crisis affecting consumer confidence, unusually hot weather during the summer months and comparison to the last of the Covid-enhance figures in FY22 Q1.”

Wass adds: “Whilst we have adapted to the challenges of the last six months, we have also remained focused on our longer-term growth strategy, delivering a wide range of customer centric improvements throughout the business. Progress has included several website upgrades, such as the ability for customers to create their own customised audio packages and cables, extending evening cut-off times for next day delivery, improving our consumer finance proposition, and upgrading our digital downloads sales platform.

“I am pleased to report that we have seen a consistent improvement in trading momentum using the last two months, despite continuing macro volatility. We are also well-prepared for our peak seasonal trading period. The board therefore remains confident that results for the full financial year will be in-line with current consensus market expectations.”

Average order values rose by 19% to £151 – reflecting both the effect of inflation and a lower proportion of own-brand sales (23.6%) as demand for entry-level instruments slowed. Some 26.5% of sales are to repeat customers and Gear4music’s email subscriber database grew by 94% to 1.4m, compared to last time.

Development of its mobile site is a priority since 72% of its users accessed the site by mobile during the first half, up from 65% last time. The retailer says its marketing spend is currently heavily invested in pay per click marketing, but as the cost of that approach increases, it now plans to invest in improving its organic and direct marketing – and has added two senior members of staff in this area – and ultimately aims to reduce its marketing spend as a proportion of sales.

It is also planning a European launch for its second website, AV.com, which it acquired and relaunched in its last financial year, along with the Premier drum brand.

Gear4music says it is well-stocked across its distribution centres as peak approaches, despite a £2.1m reduction in the level of stock it carries, to £43.4m by September 30, from £45.5m on March 31.

It says its European distribution infrastructure, now strengthened with new centres in Ireland and Spain, are capable of handling £150m of revenue a year – making it well placed for medium term growth opportunities. 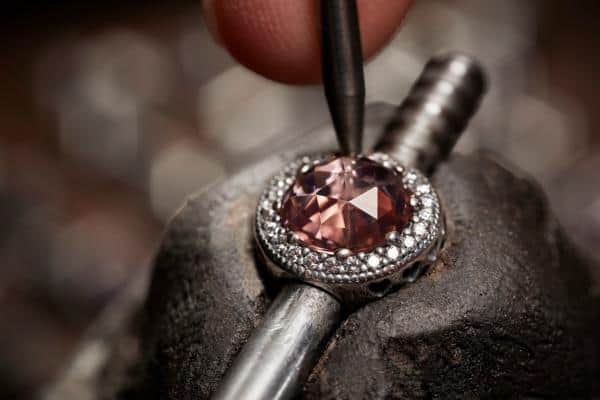