You are in: Home » Retail Resilience » Web visits rise +2.9% in July, but online revenues fall by -5% on the previous month

Web visits rise +2.9% in July, but online revenues fall by -5% on the previous month

Ecommerce is driving into a new future

As demand for ecommerce remains buoyed and online remains the channel of choice for shoppers, website visits rose +2.9% month-on-month in July.

However, while website sales fell slightly, down 5%, on the previous month, and average order value (AOV) dipped marginally by -1.33%, according to the latest data from Wunderkind, formerly BounceX’s Marketing Pulse, ecommerce revenues in July remained up +34% since the start of the year.

This, the research suggests, shows that post-lockdown ecommerce performance is starting to plateau at its new normal – with online revenues since the end of March up on average 39% each month, compared to pre-lockdown levels.

Rob Delijani, Senior Director of Growth Strategy at Wunderkind EMEA, explains: “There’s no doubt online continues to boom and remains the channel of choice for shoppers, but we are now seeing some stabilisation, albeit at a heightened level, since the beginning of the year.  The slight dip in online revenues in July maybe due to this normalisation, with shoppers continuing to buy predominantly online but also becoming more comfortable with heading back into store, meaning we’re beginning to see more channel mix when it comes to spend.”

While High Street footfall remained down -39% year-on-year, shopper traffic in July rose +20% on June’s figures according to Springboard, with the reopening of hospitality and increasing consumer confidence around safety measures in-store attributed to the month-on-month improvement in bricks-and-mortar performance.

Meanwhile, 17.2 million UK consumers say they will now switch permanently to online shopping, which is forecast to generate an additional £4.5 billion of UK online sales in 2020, according to Retail Economics latest predictions.

However, the further easing of UK lockdown restrictions combined with heatwaves in August saw online traffic and revenues dip.  Web traffic in the first two weeks of August fell -5% percentage points on the last week in July, and web revenues dropped –9% on the same period, as Brits spent an estimated £31bn on staycations and alfresco dining as temperatures soared. 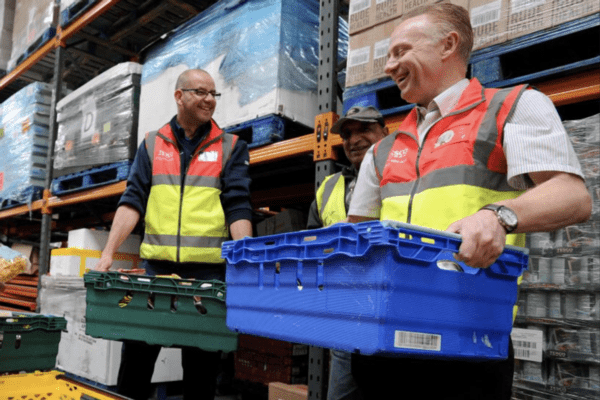