You are in: Home » Operations and Logistics » Supply chain pressures that have had an impact on Top500 retailers’ delivery promises

Chloe Rigby investigates the supply chain pressures that have had an impact on Top500 retailers’ delivery promises and asks if these changes are here to stay.

For many Top500 retailers, 2022 has started with a headache left over from the supply chain issues that hit ahead of Christmas 2021. They have too much leftover stock at a time of year when consumer demand is already low but may be even lower still this year as rising inflation feeds into a cost of living crisis. Top500 retailers reduced their delivery promises over the course of the pandemic but while the effects of Covid-19 on the supply chain are expected to fade over the next year, the longer-lasting effects for the UK will likely be from a Brexit whose effect on retail is becoming clear – even as UK shoppers’ expectations rise.

Supply chain issues became a common theme for Top500 retailers and brands during the autumn and into the Christmas peak trading period. The disruption that Covid-19 brought to the supply chain started with delays to manufacturing and continued into a shortage of containers and the rising cost of shipping from factories in the East to markets in the West. Illness meant staff shortages of delivery and HGV drivers as well as warehouse staff, just as there were shortages in other industries.

The figures show the practical effects on supply chains. According to Freightos/Statista, average freight rates for a container peaked at $10,839 in September 2021, having risen from $1,279 in November 2019. By November 2019, these had fallen – slightly – to $9,353. Meanwhile, shipment delays from China to Europe have risen, reaching an average of 1.65 days in 2021, 172% up from 0.61 days in 2020, according to Project 44 figures. That’s significant in an economy that has depended in recent years on deliveries to arrive just in time.

In the run-up to Christmas, there were significant shortages of drivers and other logistics workers in the UK market. The data suggests that this was partly because European lorry drivers and warehouse staff had left the UK during the pandemic and were not able to return following the shift to a new relationship at the beginning of 2021 that ended the free movement of EU citizens.

Between August and October 2021, the report finds, there were an estimated 1.2m logistics vacancies in the UK, with, “Covid-19 and Brexit creating a perfect storm for skills shortages in the UK”. Logistics UK said that 7.3% of respondents to its survey had, “no problem recruiting HGV drivers”, while 40.2% “had very severe problems.”

The effect on delivery promises

RetailX research, explored further in the Operations & Logistics Dimension, suggests that Top500 retailers have reduced their delivery promises significantly over the course of the pandemic, in a way that is likely related to both supply chain issues and skills shortages.

Fewer than half (46%) of Top500 retailers now offer next-day delivery – nine percentage points (pp) lower than last year. Fewer offer nominated day (-3pp to 9%), with grocers among the most likely to do so. In February 2020, five-year RetailX figures suggest, next-day delivery peaked when it was offered by 64% of Top500 retailers. At this point, 15% of the Top500 offered nominated-day and 6% nominated-time delivery, both having peaked in August 2018.

Retailers reined in further on delivery promises in the run-up to Christmas 2021. For many, final order dates were earlier than they had been in previous years, as reported by parcel comparison specialist, ParcelHero, which says services such as next-day delivery were also restricted. “Many retailers withdrew express next-day options in 2021, particularly during the period leading into Christmas,” says David Jinks, ParcelForce’s head of research.

“In November, Asos UK, Cath Kidston, Joules and The White Company all temporarily suspended their fastest, more expensive, next-day home delivery options, which was a sensible move. Given the driver shortage and the stretched supply chains, the priority for everyone was to simply ensure goods got to customers in time before Christmas.”

Just as many retailers ordered early to get stock in plenty of time for the festive season, shoppers also ordered early from retailers to avoid missing out. Yet where some Christmas deliveries did arrive later than hoped, stock has since gone unsold. Pureplay value retailer Studio, for example, invested in building up stock by the end of September for the Christmas quarter of the year, spending more on shipping than usual and sourcing via its own office in Shanghai. But although trade was relatively brisk over Christmas, it was still left with unsold stock from the deliveries ​​that arrived late and, by the end of January, was looking for working capital to see it over a period in which it said in a January trading update, “consumers traditionally spend less on discretionary retail, and this is likely to be compounded due to the higher living costs, notably fuel and energy price increases.” Studio has not been alone. In a trading update for the 18 weeks to 1 January, 2022, Matalan executive chairman Steve Johnson said that sales growth at the value fashion and homewares business came despite “challenging circumstances”. He went on, “The flow of inbound stock has suffered delays and volatility, negatively impacting availability for customers. In addition, the UK logistics and labour markets have also suffered their own levels of heavy disruption, all adding significant extra costs for retailers.”

Associated British Foods, which owns value fashion retailer Primark, said in January 2022 that, “the pressure of disruption to the supply chain we experienced in the autumn has alleviated, although we are still experiencing some delays in dispatch at ports of origin and we expect longer shipping times to continue for some time”.

The same month, discount books to arts and crafts retailer, The Works, said in half-year results that it was looking to good trading performance to, “more than offset significantly increased container freight costs”. At the beginning of February 2022, mid-market fashion and homewares retailer Joules reported that supply chain issues and rising costs in its distribution centre and beyond, along with the Omicron variant, would all put pressure on profitability.

Vaccines and the fall in hospital admissions since the emergence of the Omicron variant are likely to mean the worst of the pandemic lockdowns and disruption are behind us. Global supply chains are generally expected to recover over the course of the year, says ParcelHero’s Jinks. “Many of the issues that have had such a massive impact on retailers will indeed fade into history quite quickly,” he says. “Factory closures and shipping delays caused by Covid-19 should be a thing of the past by the summer. That’s the good news. The bad news is that Brexit costs and delays could even escalate this year as new regulations bite.” He points to proof of origin paperwork, set to be applied in full by July in order to apply to imports from the EU to the UK, as it has the other way round since last year.

“That’s the tip of the iceberg,” says Jinks, “as there is unlikely to be a significant reduction in delays at Customs. Retailers and their supporting supply chain organisations will also continue to suffer from reduced access to EU migrant workers so vital to staffing warehouses.” Added to that, he says, manufacturers and retailers will also, “feel the crunch as the separate regulatory regimes of the UK and the EU begin to diverge.” We’ve already seen lorries regularly queuing at Dover and this may, over time, lead to Brexit-related shortages.

Regardless of the effect of Brexit, Jinks believes that once Covid-19 is relegated to history, customers will want a return to higher levels of service, especially around delivery. He points to ParcelHero’s own survey findings that 62% of respondents valued next-day delivery options, up from 44% in 2020. “Now that distress purchases are not being made online out of necessity, online shoppers will want to see a return to fast delivery choices. Retailers may not relish the costs involved in next- or same-day delivery options, which 56% of online shoppers believe is important. But with delivery and return options becoming as important a selling point as the actual price of an item, we predict the swift return of express delivery options.”

This article was originally featured in the UK Top500 report. Download the full version here and discover more about how the leading ecommerce and multichannel retailers in the UK are adapting their strategy to meet new customer demands. 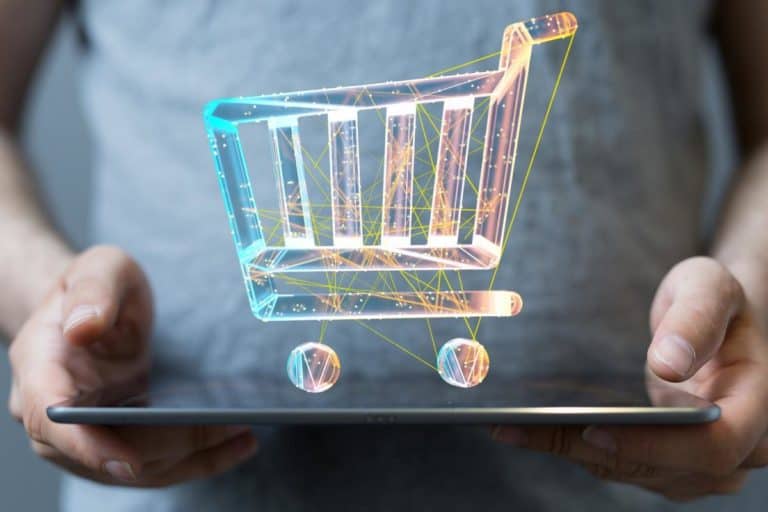